You know how sometimes after 4 hours of photo shooting for a post, 1 hour of edits (and in this case maybe 3-4 margaritas), you come up blank on what to say in your blog post? Yea well… Ben just suggested I should say, “Booze, it’s what’s for dinner!” Haha!

Ok I might have a little more in me than that….

With Cinco de Mayo just around the corner, I thought I’d share one of my favorite drinks with you today! The first time I had it was at HG Sply CO in Dallas. There they call it the Double Under and it’s the king of infused margaritas. IF you ever have a chance to go by there and get this drink, do it! The recipe below IS amazing, but as it always is with great bars, their’s is pure magic!

Confession: I’m a huge margarita fan. Never was till I moved to Texas though. I think mostly that’s because I never really understood the drink. And of course, that was before I had the privilege of going to a tequila bar that had hundreds of different tequilas to choose from. Oh and I’d always had ones that were made from those crappy premix sours or whatever that yellow, syrupy stuff was.

Ahhhh but the real deal is full of simplicity: pure lovely tequila, agave nectar (more on that in a moment) and lime juice. You can have some cointreau thrown in there too. But I like them simple, otherwise known as the Skinny Margarita. Which is an unfortunate name, because it’s really just a damn good margarita, with zero fluff!

Ok, so that’s it. That’s all I have to say for today. Oh, well that and the agave nectar bit.

Sooooo, agave nectar has gotten a bad name. And yea…so maybe it’s not so great for you. Whew….now that we’ve got that out of the way, I’m gonna level with you….I still use it in my margaritas. It’s good enough for the tequila bars here in Texas (it’s even preferred) and that means it’s good enough me. I mean, it’s not like I’m drinking infused margaritas on a daily basis or anything, not most weeks anyway. And if I was, I think I’d have a bigger problem to worry about than agave nectars effects on my liver…right!? If you’d like though, you can replace the agave nectar in here with a light flavored honey or a cane sugar simple syrup. It’s your call…

Note Before Starting: The ingredients and instructions for the Beet Infused Tequila and the Rosemary Syrup are below the Margarita recipe. Feel free to use a light honey instead of agave, or a traditional simple syrup. If you like a more fluid syrup you can add water 1 tablespoon at a time to the syrup to reach a consistency you desire (especially if using honey) (You can find these loverly tumblers at Sur la Table)

Note: You can replace the soda water with orange juice or cointreau to vary up the drink if you like.

Pour about 1/2 to 1 inch of salt into a shallow container or lid large enough to fit the rim of your glass in. Large mason jar lids work nicely. Use a lime wedge to wet the rim of half of the glass then dip the rim of the glass in the salt.

In a mason jar (with a lid) or a cocktail shaker, add all of the ingredients and shake well to combine. Pour over ice and garnish with a lime wedge and rosemary sprigs if desired. I like my margaritas best after some of the ice melts into the drink. Opens up the flavor profile nicely.

*For the Beet Infused Tequila: You will need, 1 (750ml) bottle of tequila and 5 ounces of cubed beets, give or take. Pour the contents of 1 bottle tequila into a large mason jar or container. Add the beets to the tequila. Cover and infuse for about 24 hours. When you like the flavor, remove the beets and strain the tequila back into the bottle. Can be stored at room temp for several months, but you can chill it also.

**For the Rosemary Infused Syrup: You will need, 1 cup of liquid sweetener (like agave or clover honey) and 2 full sprigs of rosemary. Heat 1 cup of light sweetener till hot but not boiling. Add the rosemary and let steep until completely cooled to room temp. Use immediately or store in the fridge for a few weeks. I talk about, why agave in the written part of the post.

How many beet infused margaritas does this make? Well I have no idea being that I was drinking them while I wrote this. It makes quite a bit though! IF you have leftover tequila…well, who can complain about that, and leftover rosemary syrup….YUM! You could probably do the math and figure out exact amounts, but I’m feeling a little too tipsy for that now. All I know is, tomorrow I’m going to find out what these tequila soaked beets taste like roasted!!! 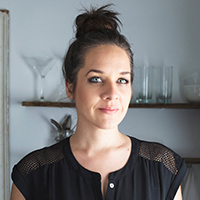